(the following is based off of the original history compilation written by Francis and Rita Bickert.)

In the early 1900s, the members of the Albia Civic Improvement Society began the idea of a public library by expressing their want for a pleasant meeting place and reading room for Monroe County citizens who came into Albia for shopping or business. In response, the Board of Supervisors gave the Society a nice room on the first floor of the Monroe County Court House which housed the first gathered materials of books, magazines, and newspapers. Most of these items were given by donation.

In 1904, the Carnegie Endowment Fund granted Albia $10,000 towards a public library building. John Z. Evans, a wealthy coal mine operator, purchased the land for the library to be built on. The land was the perfect spot being close to the Albia square where many businesses resided and also to the Lincoln School building. Nathan Kendall, who later became Governor of Iowa, and the Albia Civic Improvement Society raised the remaining additional funds.

The library was approved by a vote of 833 to 248. In 1906, books and equipment were moved to the new building with Laura Duncan as the first librarian. In 1930, Governor Nathan Kendall donated $10,000 towards building an extension to the library to house his private collection of 6,500 books.

In 1966, the library signed a contract with the board of supervisors which extended full library privileges to all residents of Monroe County and separate contracts with the cities of Melrose and Lovilia. In the late 1960s, a Children’s Room was established and Dan Karpan, a retired Disney animator and Albia citizen, decorated the walls of the new Children’s Room with popular cartoon characters. In the 1980s, the wall paintings were repaired by Marcella Smith, a local artist and board member at the time.

In the early 1980s, an elevator was installed to better accommodate patrons with disabilities.

*The Carnegie Libraries in Iowa Project (also known as CLIP) has compiled images and documents that reflect our building's history along with multiple others that you may explore online! To learn more about the project and explore the historical documents that made our library what it is today, please click here: Carnegie Libraries in Iowa Project for Albia's Carnegie-Evans Public Library. 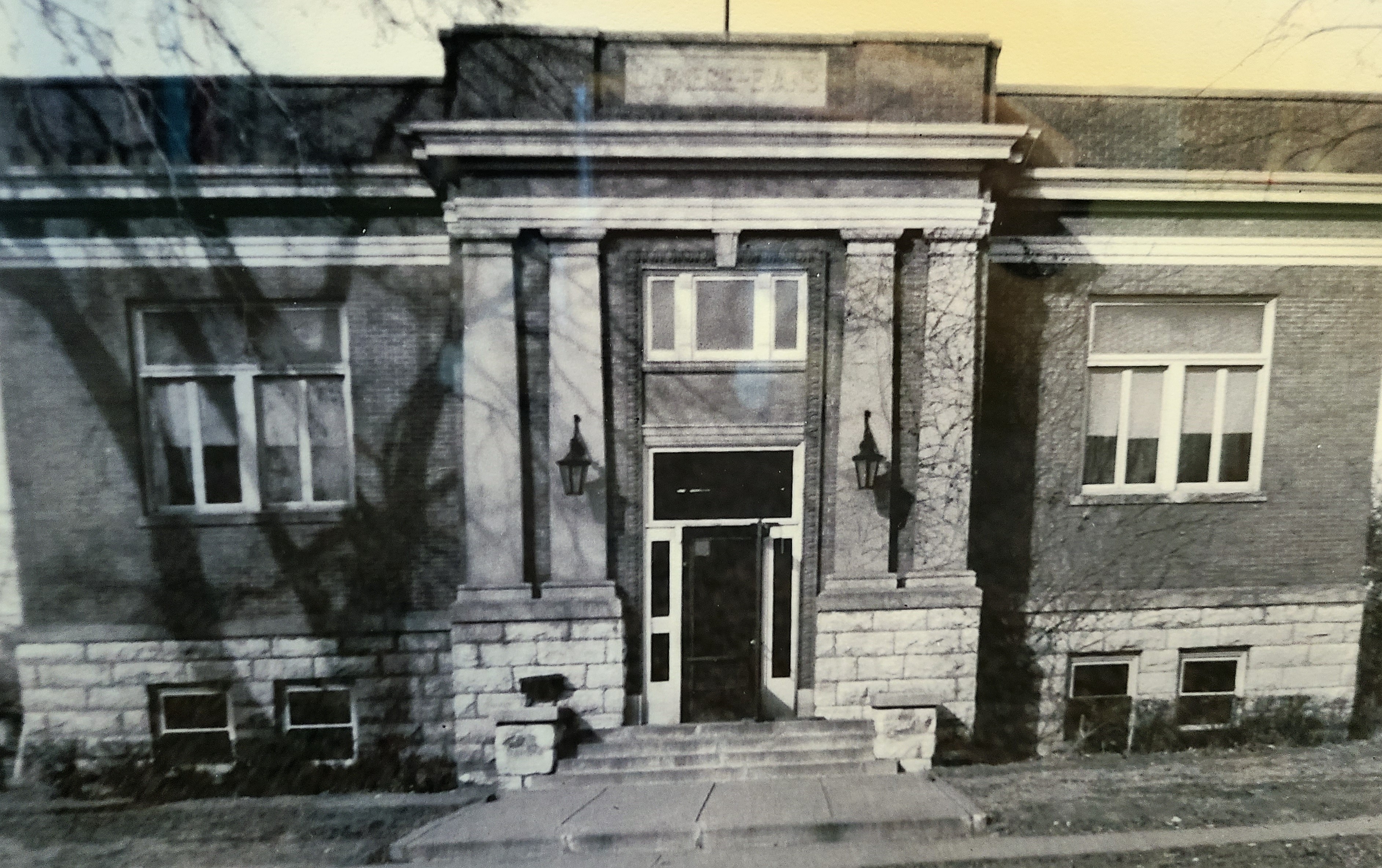